“Are all carbs bad?” 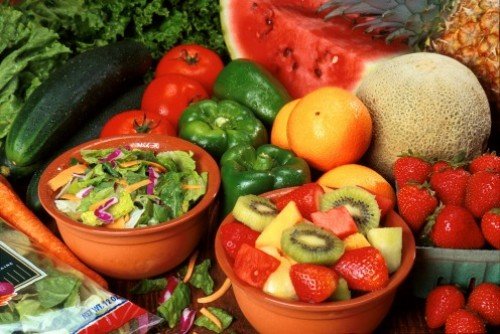 This is one of the most common questions I hear from folks who want to lose weight, and I know that a lot of it stems from the huge popularity of diets like the Atkins diet and the Paleo diet, which both emphasize eating a high-protein/low-carb diet to shed pounds. That said, I want to go on the record with stating that I am a huge, HUGE  fan of both Paleo and Atkins because they are, in fact, low-carb diets. But I want to set the record straight on carbs because I think a lot of people are confusing the whole low-carb approach to mean that all carbs are the enemy. Which is totally not the case. Yes, cutting carbs will help you lose weight but it’s all about the type of carbs you cut. And truth be told, there are certain types of carbs that can actually help you lose weight. Yup, you read that right. Carbs can help you lose weight. It all comes down to eating the “good” carbs, are cutting back on (or totally cutting out) the bad ones.

Now when I tell people this, they still look at me a bit confused because they don’t know how to differentiate a good carb from a bad one.  But it’s not difficult at all to tell the difference between the two as you’ll soon see. Like I mentioned earlier, carbs can be broken down into 2 major groups: the good carbs and bad carbs- or good carbs and evil carbs depending how naughty you want to make yourself feel about eating the not-so-healthy ones. Now the good carbs are considered “good” because they are natural, unprocessed foods that are rich in nutrients, help you feel fuller longer, give you long-lasting energy, and help keep your blood sugar stable.

Good carbs would include:

On the other hand, the bad carbs come from unnatural and processed foods like pasta, white bread, bagels, white rice, french fries, cake, cupcakes, and all those other goodies that taste awesome but have little nutritional value, wreak havoc on our blood sugar and ultimately lead to weight gain, as well as other problems like Type 2 diabetes.

So now it should come as no surprise why a diet that’s low carb (actually low refined carb) is good for you. Popular diets that qualify as low carb include Atkins, Ketogenic (Keto), and under certain circumstances, Paleo. All these diet restrict refined carbs, not healthy carbs from foods like veggies.

So the take home message is this: All carbs are not the devil and you don’t have to totally eliminate carbs from your diet to lose weight. Carbs should be thought of as belonging to 2 groups: good and bad. If you stick with the good, you’ll be fine. And if you very seldom pick from the bad, you’ll be ok too. It really just boils down to getting a diet that is rich in whole foods, rather than processed and refined foods. This is what your body needs to best fuel itself and to keep your weight in check.